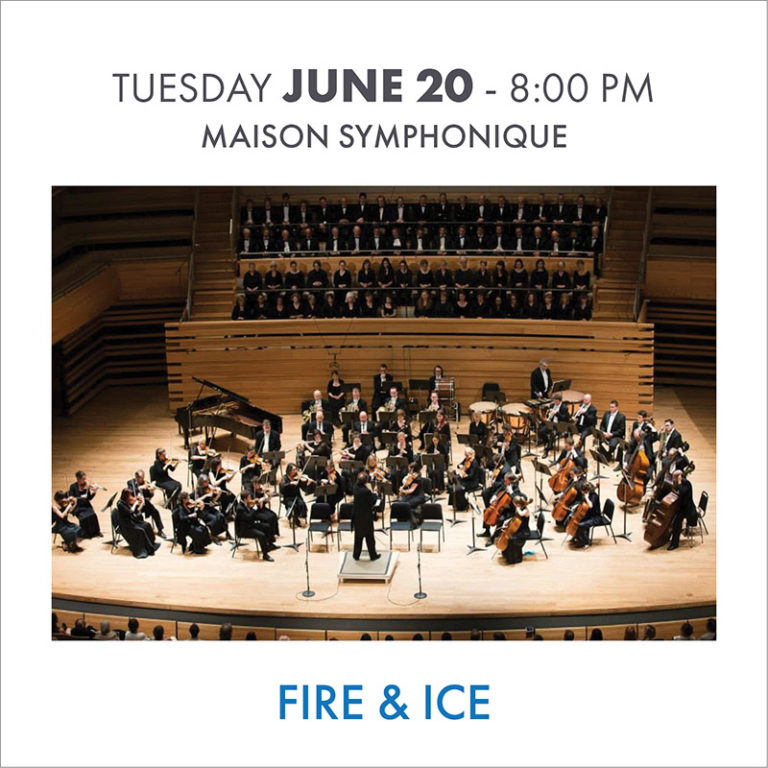 Join us for this Benefit concert at the Maison Symphonique featuring two grand works, one a classic and one sure to become a classic.

The OCM is proud to present the world premiere of Maxime Goulet’s first symphony, the Ice Storm Symphony commemorating the 25th anniversary of the 1998 North American Ice Storm.

The symphony will recall for many the emotions of the experience and the light that returned on the other side of the devastating event.

To conclude the concert, the OCM presents Carl Orff’s famous cantata based on medieval poems of satire, corporal pleasure, and the vicissitudes of luck: the monumental Carmina Burana.