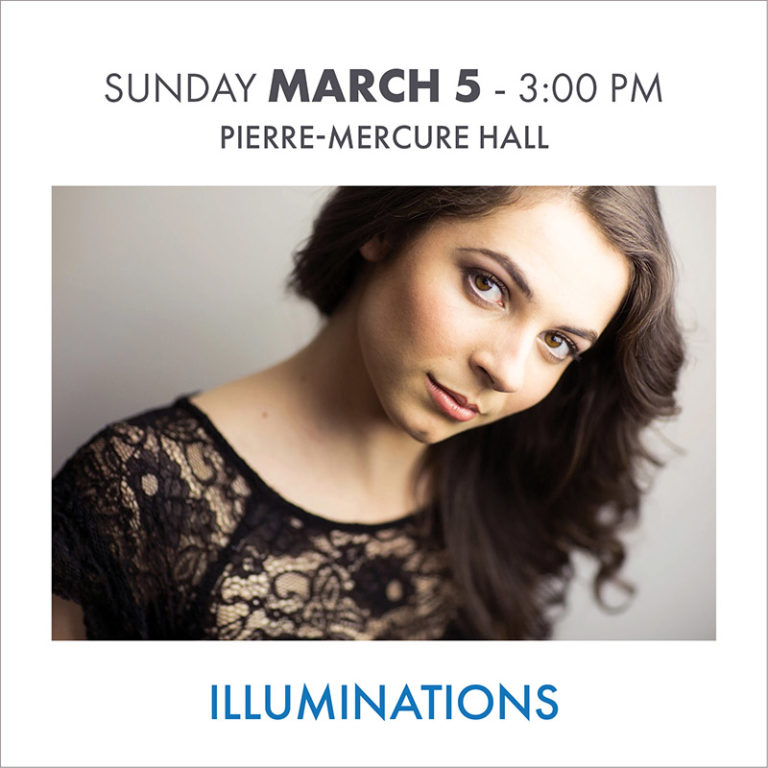 As part of the Montréal Nouvelles Musiques Festival, join us for this concert celebrating a wonderful array of 20th century works.

Soprano Magali Simard-Galdès’ crystalline voice shines with the words of poet Arthur Rimbaud in Britten’s Les Illuminations. Canadian composer Brian Cherney’s Illuminations, is inspired by elements of Jewish mysticism and is an evocative work for strings exploring the transformation of the mind through meditation.

The program also includes a work considered one of Britten’s greatest, Variations on a Theme of Frank Bridge, each movement reflecting a trait of his teacher’s personality including clever imitations of other great composers.